A PHP Error was encountered

Message: Only variable references should be returned by reference

A PHP Error was encountered

Message: Only variables should be assigned by reference 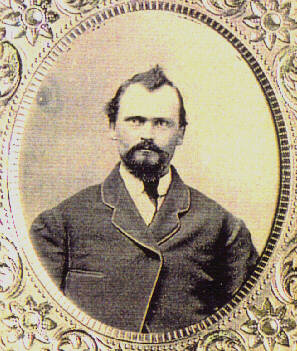 Robert Godfrey Norton was born 17 March 1841 in Robertsville, Beaufort District, South Carolina. He was the son of Dr. Alexander R. Norton, a prominent Savannah physician, and grandson of Robert Godfrey Norton Sr. and his wife, a daughter in turn of Dr. George Mosse, an eminent Irish physician who came to Savannah in the 18th century. Doctor Mosse had been a founder of Oglethorpe Medical College in Savannah and was the first deacon (1807) of the First Baptist Church on Chippewa Square in Savannah.

Robert G. Norton received his education at Oglethorpe Medical College in Savannah, and Charleston Medical College. He afterwards attended the College of Physicians and Surgeons in Baltimore, where he graduated with first honors. He first located in Effingham County, where he married Miss Mattie J. Edwards, daughter of the Rev. Joseph C. Edwards.

As a youth, Norton organized Company 1 (Empire State Guards, of Effingham County), 11th Battalion Georgia Infantry. This was transferred in March of 1862 as Company I, 47th Regiment Georgia Volunteer Infantry, with Norton as first sergeant. He was commissioned as second lieutenant in may of 1862. He served "with signal gallantry," and was twice severely wounded. He subsequently was detailed as assistant surgeon and served in this capacity until the close of the war.

In 1885 he moved to Savannah. Doctor Norton died at his residence at 304 West Oglethorpe Avenue in Savannah on 4 July 1899, survived by his wife, one daughter, and four sons. He was buried in Lot H-24 in Bonaventure Cemetery.

Doctor Norton was a devoted member of the First Baptist Church in Savannah and Lafayette McLaws Camp No. 596, United Confederate Veterans.

Statement Made Just Prior to Death by Alexander Calhoun Norton

About the 20th of February, 1865, there was a battle at Rivers Bridge at Saltcahatchi Swamp that lasted two days. The 47th Regiment was situated at the breastworks with the 3rd Georgia Regiment, and Wheeler's command was on their right. The lines broke about five o'clock. P.M. I, being on the left acting as a scout, was cut off by the Yankee lines. After our firing had fallen back about a mile and a half. My brother, Dr. Norton, found out through my Captain, Geo. C. Heyward, that I was in the Yankee lines. He mounted my horse and rode to the lines and brought me back. I did not recognize him on his approach. I drew my gun on him and called to him to halt, thinking he was a Yankee officer, but he knew my voice, and made himself known. He quickly took me up behind him and we rode out through the lines, and reported to the captain of the company, Geo. C. Heyward, and then we took up our march for North Carolina and reached Goldsboro about the last of March.

Dr. Norton was wounded in the hip, - lost part of the bone, - at Kennesaw Mountain, Tenn., was shot in the finger at [unreadable]River, Tenn., and wounded again [unreadable].

--- REFERENCE: Robert Godfrey Norton saves his brother from behind enemy lines during the Civil War; Statement Made Just Prior to Death by Alexander Calhoun Norton;

The captain of this company was A.C. Edwards

Above is true excerpt from records in this office.
Please attach this record to your application. Duplicate cannot be furnished

--- REFERENCE: Click here to see a scanned image of a photocopy of this document (give it a minute to load).

Here is another, slightly different version of the roster record for Company I, 47th Regiment included in the document written by Ms. Henderson:

--- REFERENCE: This comes from another Web site. The author of that site states that this information may now be found at the Georgia State Archives in a 6 volume edition entitled "ROSTERS OF THE CONFEDERATE SOLDIERS OF GEORGIA 1861-1865" by Lillian Henderson.
The records he posted have some minor differences including the transfer to Company L, which Ms Henderson does not mention in her letter. He asked that no one link to his Web site without his permission.
--- REFERENCE: More information on Robert Godfrey Norton's participation in the Civil War. The text itself contains the references from which the information came.
Email Sean